I’m recently back from a short trip to Europe – a few days in Paris, and then a longer period in Utrecht (about which more later).

Paris has always struck me – at least on a few previous visits – as a highly car-centric city, one that is certainly not very friendly to cycling or walking. But while large parts of the city are still deeply unpleasant to navigate on foot, or by bike (the whole shopping district around the Opera is frankly a disgrace, and the Place de la Madeleine, which could be an extraordinarily beautiful open square, is a car-choked nightmare) I think things are improving. At least, that’s the impression I got from the few days I was there.

One of the most striking things I noticed was the partial closure of the Voie Georges Pompidou.

This busy dual carriageway beside the Seine normally looks like this – 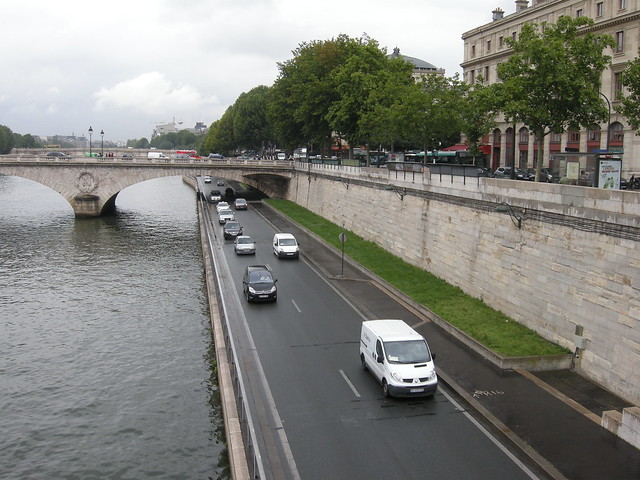 But on the Sunday and Monday of my visit, it looked like this – 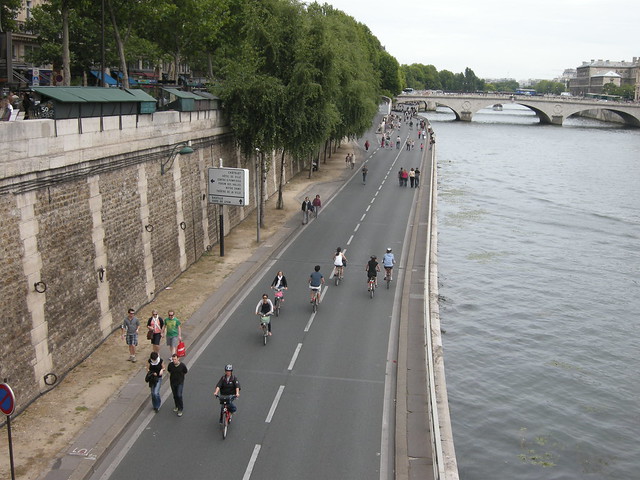 A convivial riverside walking and cycling environment, presumably created at the expense of ‘smooth traffic flow.’ (It is interesting to note that this section of the dual carriageway is now closed every summer for one entire month, to allow the construction of the ‘Paris Plage‘ – which suggests to me that the use of this road by motor vehicles is not particularly essential in the first place.) 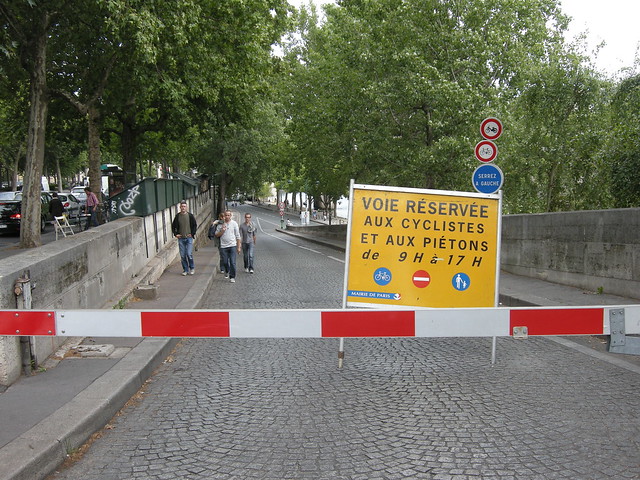 Of course, these restrictions on motor traffic only apply a few days a week, and outside of commuting hours, but it was deeply refreshing to see a major road completely closed to ‘traffic’, coming so soon after the dispiriting Blackfriars saga. And the road closures are not limited to this dual carriageway. A large number of streets in the Marais district have similar closures – 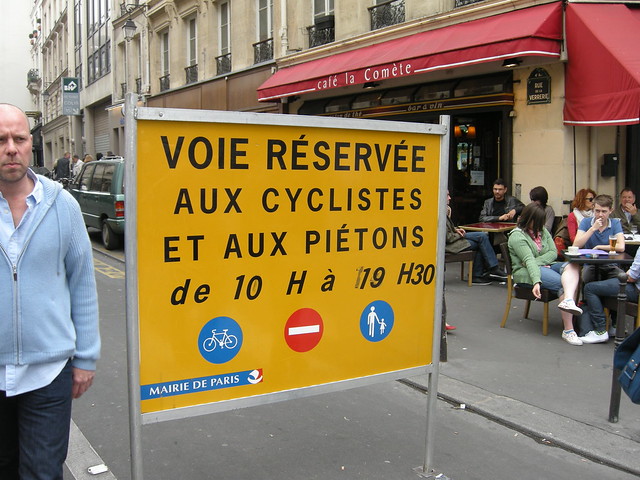 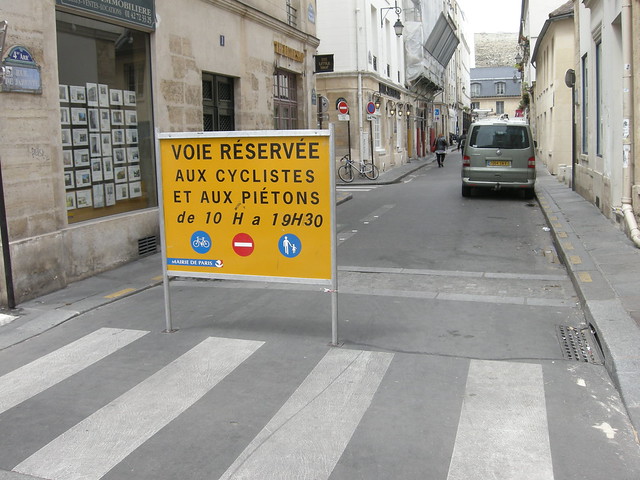 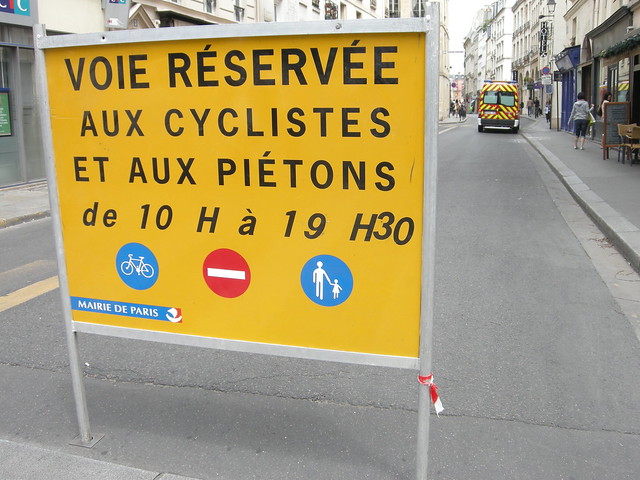 The result is that the Marais is – during the day, at least – a lovely place to explore. Huge numbers of pedestrians were milling about, across the width of the street. 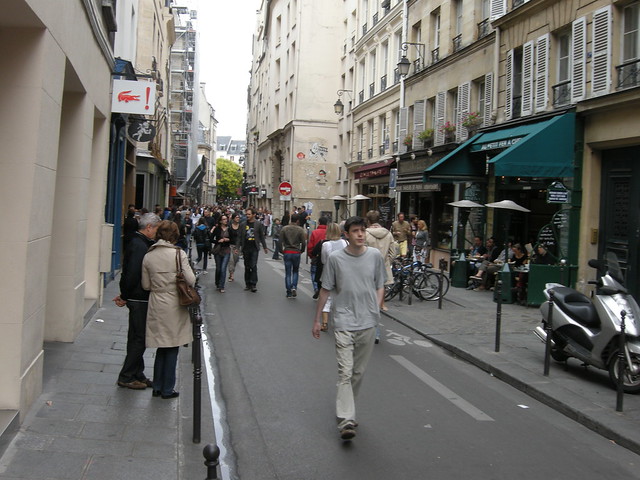 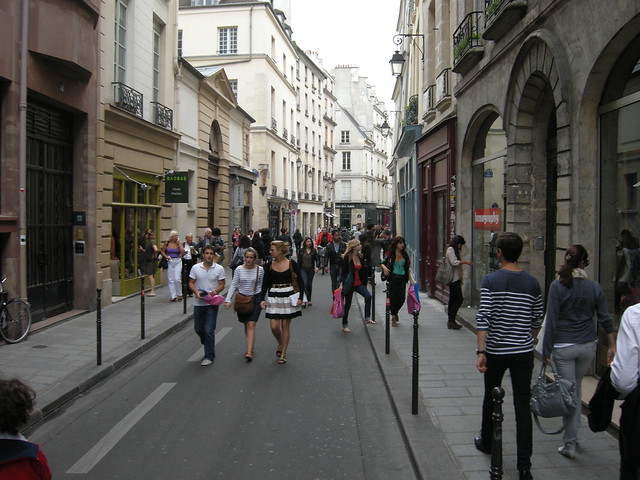 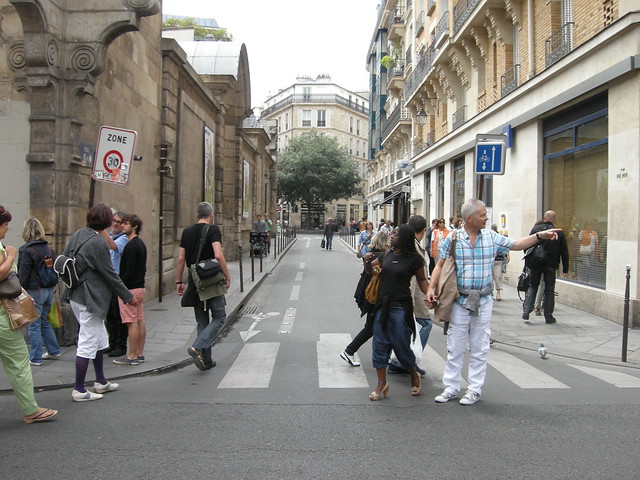 These photos are taken on streets that weren’t even closed to traffic – pedestrians seemed to be ‘owning’ the road in the face of motor vehicles attempting, mostly carefully, to make progress (note also the 30 km/h speed limits). I can’t imagine similar scenes in an equivalent district in London – the closest I can think of is Soho, where milling about in the middle of the street would most probably get you run over.

I also noticed, in many areas, a basic presumption that all streets should be two-way for cyclists, while remaining one-way for motor vehicles (other areas, as I have mentioned, remain unpleasant for ‘casual’ cycling). You can see these contraflow lanes in all three of the photographs above. More examples – 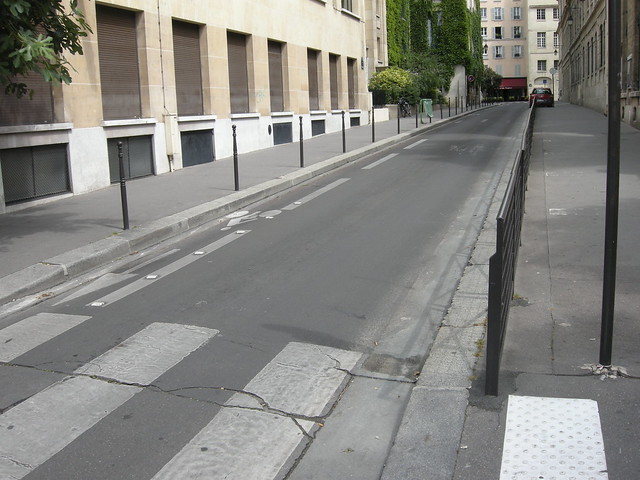 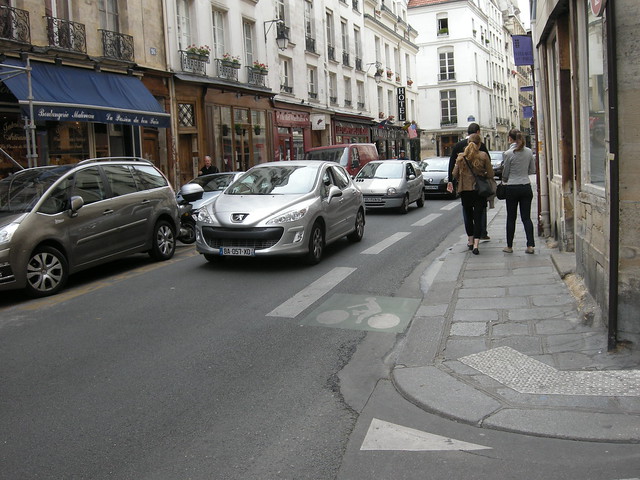 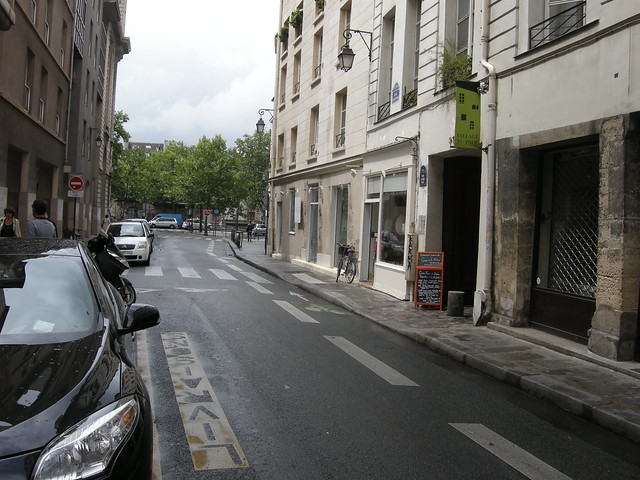 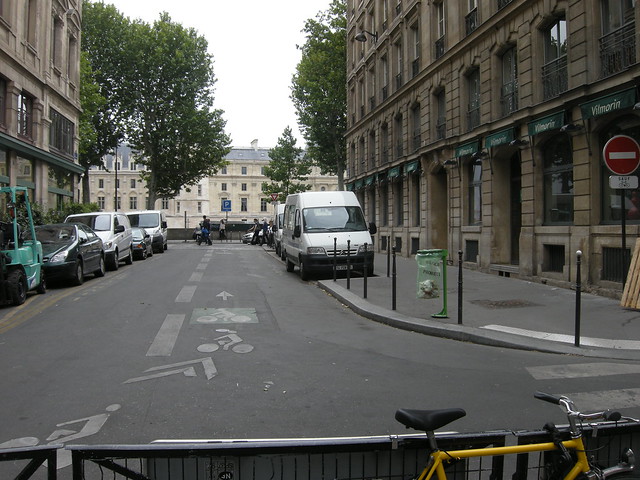 Again, it is worth comparing this approach with, say, Westminster, where the very idea of opening up one-way streets to two-way cycle flow seems to be anathema.

Finally, some well-designed separated cycle tracks are also in evidence – 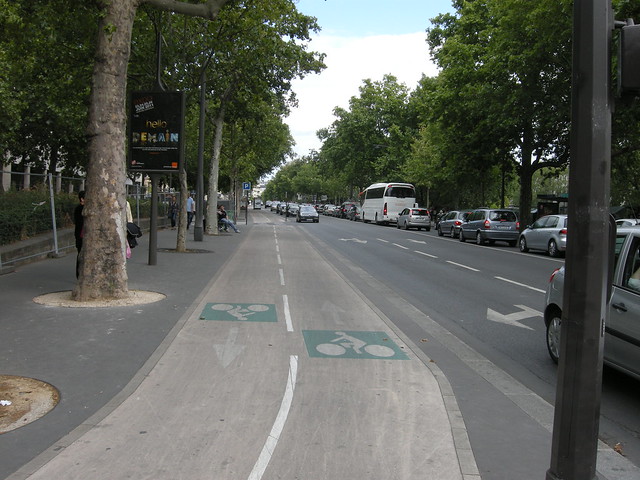 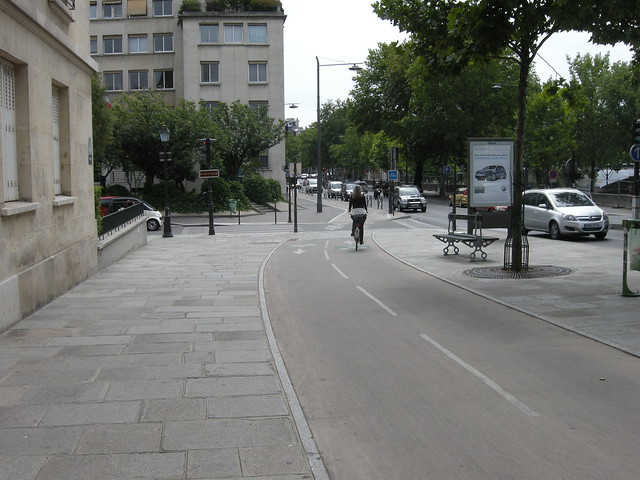 A decent width, a good surface, with clear demarcation from the pedestrian areas of the pavement, and with priority over side-roads. Surely this could be achieved in London?

Paris is still certainly not brilliant, but I must admit I was quite impressed with the measures I saw. Steps seem to be being taken in the right direction. Maybe my sunny disposition was a consequence of being on holiday, or because I arrived on the back of total disillusionment with Transport for London, and its seeming hostility towards walking and cycling as a mode of transport, but there are surely lessons for London here. Huge volumes of motor traffic do not a pleasant city make. Is it not time for a change of priorities, not least for those tourists who are now experiencing more convivial walking and cycling environments in other major European cities?

UPDATE – I have just noticed that David Arditti, who blogs at Vole O’Speed, has also recently visited Paris, and his impressions are slightly different from mine.

4 Responses to Impressions of Paris