The Cycling Embassy is launched

Posted on September 5, 2011 by aseasyasriding

The sun shone on Saturday for the official launch of the Cycling Embassy of Great Britain. 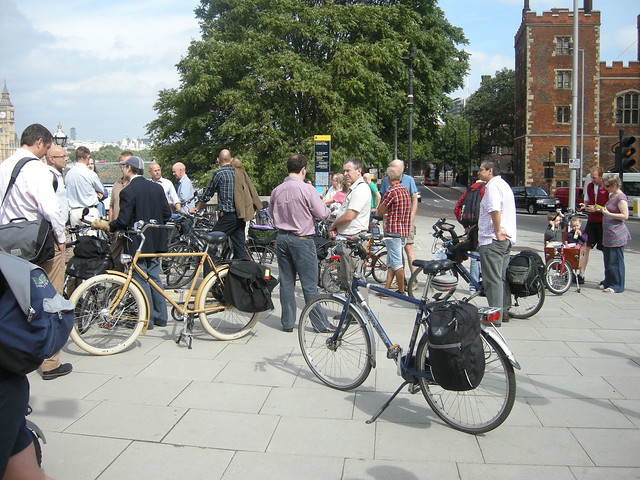 My short ride from Victoria station to Lambeth Bridge – the launch location – took me down Vauxhall Bridge Road, where I attempted to take a short-cut through Vincent Square, by turning left onto Hatherley Street. 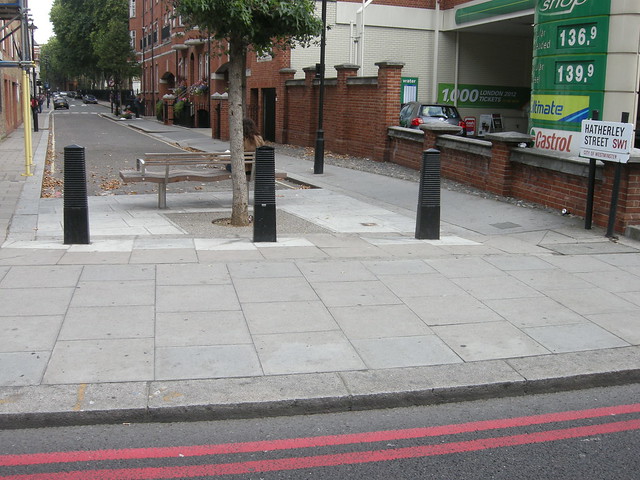 While the street has been improved for pedestrians and local residents as a result of being closed to motor vehicles at this end, the needs of cyclists have been completely ignored. Just one example of the fundamental neglect of the bicycle as a means of transport in urban planning – something that, hopefully, the new Embassy will go some way towards addressing.

After a short, rousing speech by our chair (unfortunately he struggled to make himself heard above the roar of vehicles behind him) 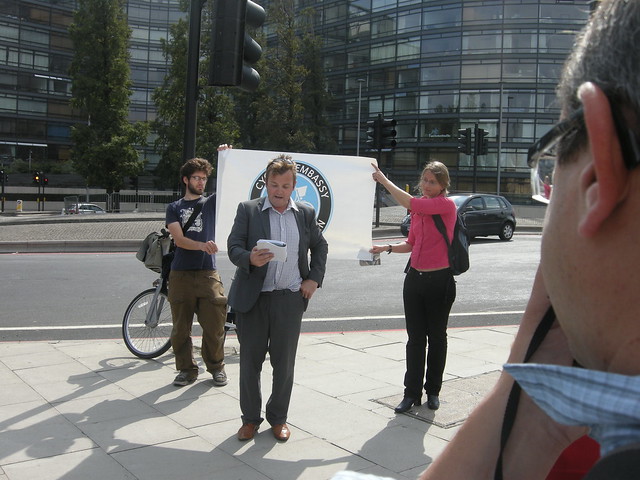 we set off on our inaugural ride, across Lambeth Bridge. This was, until some swift overnight resurfacing work on Thursday (interesting timing, Transport for London?), the worst cycle lane in London – it has been wondrously transformed from appalling to simply poor – 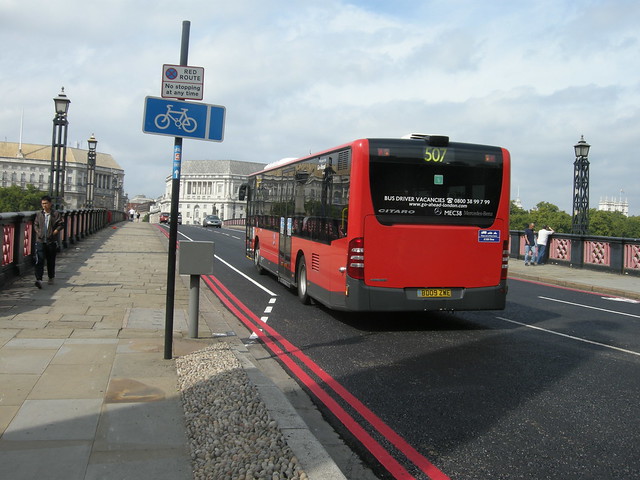 A loop around the south-side roundabout 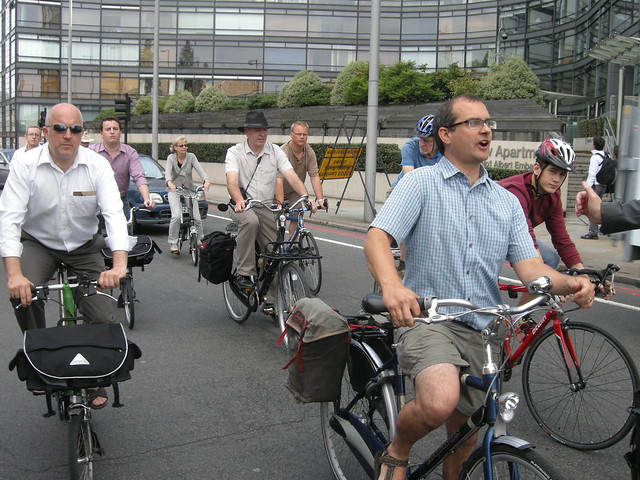 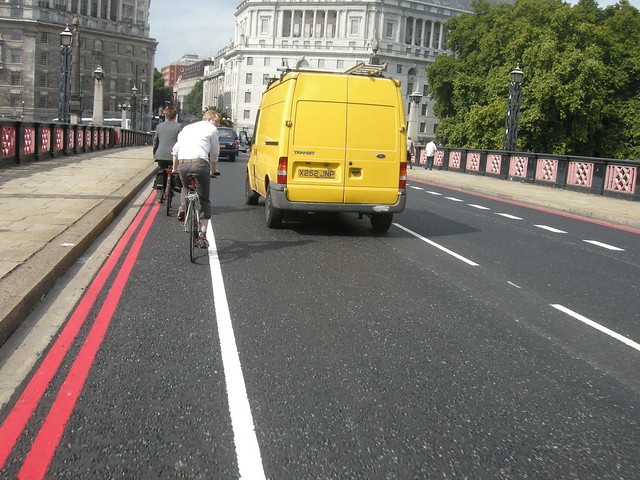 and then a civilised picnic in Victoria Tower Gardens. 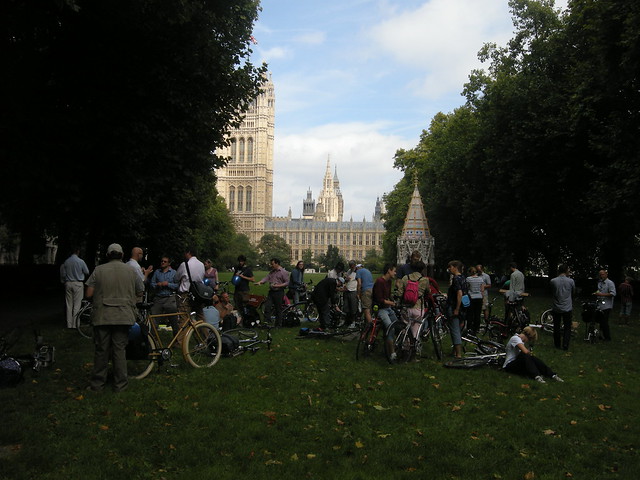 After a chat and some grub – nice to put some faces to some blogs – it was time for our afternoon activity, a trip to Hyde Park, taking in the delights of Horse Guards Road – 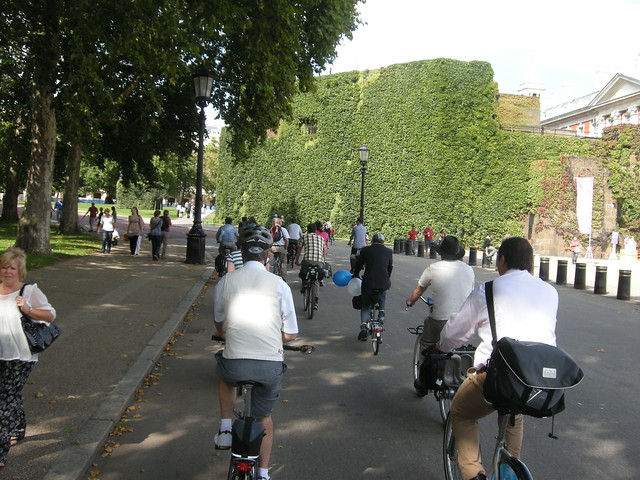 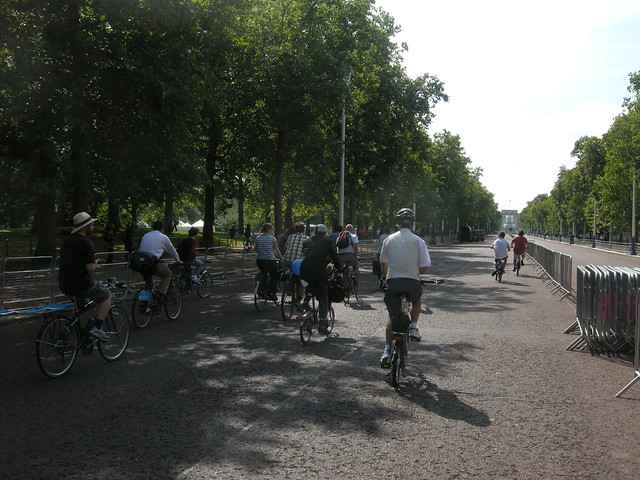 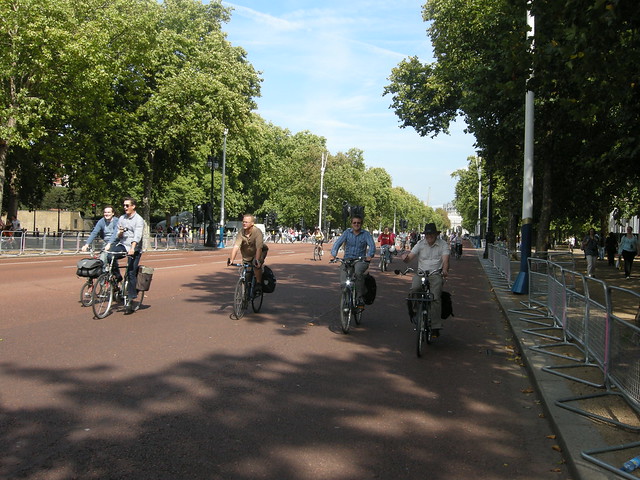 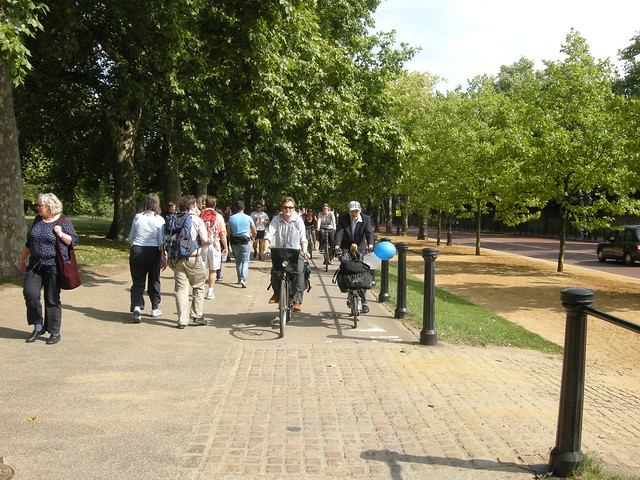 And Hyde Park itself – 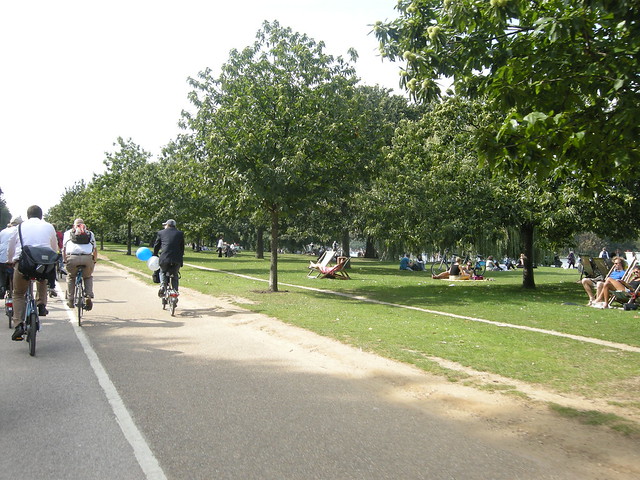 where, besides our party, there were plenty of people out on bikes, enjoying the sunshine, in relaxed fashion.

A final photo call at the Albert Memorial, and I was on my way home. Just for “shits and giggles”, I decided to take the direct route back to Victoria. 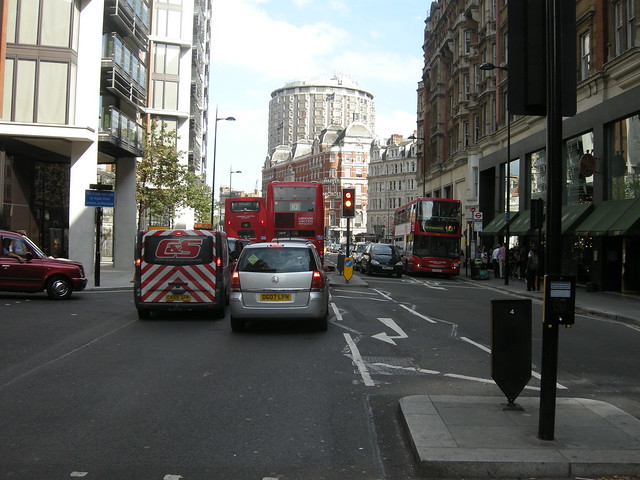 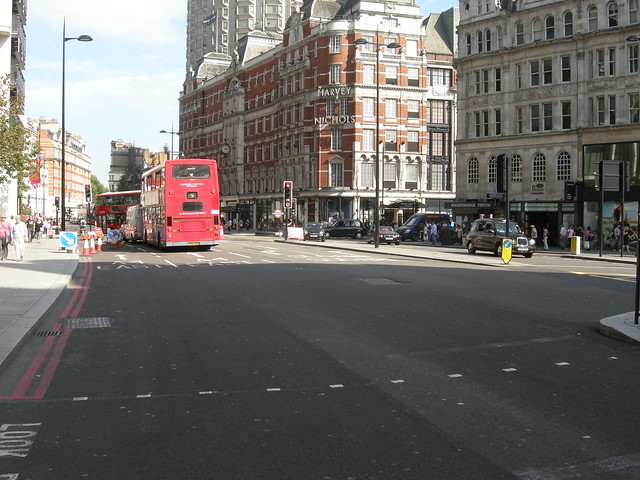 The approach to Hyde Park Corner – 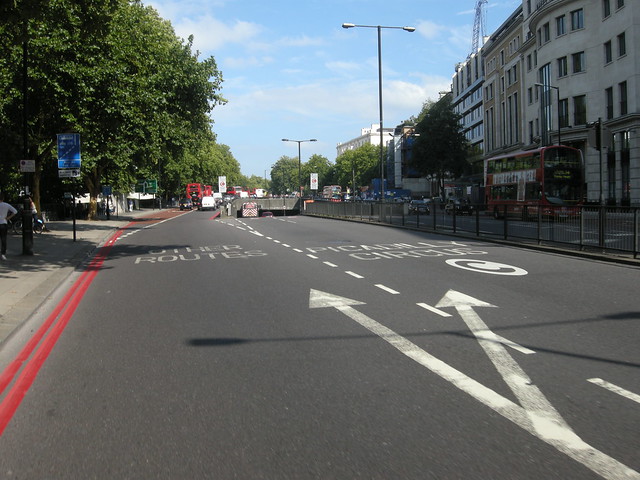 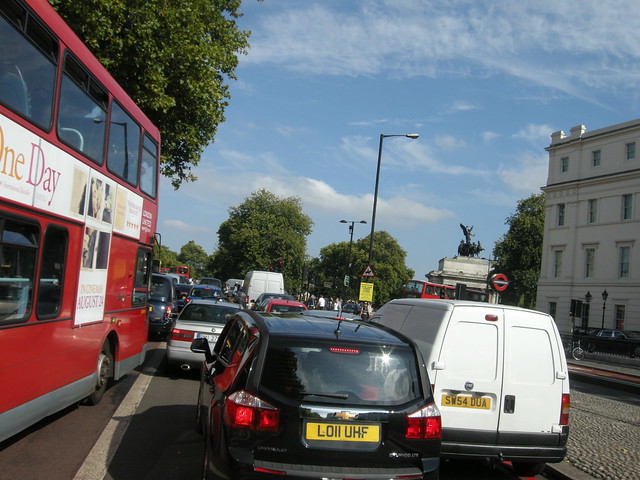 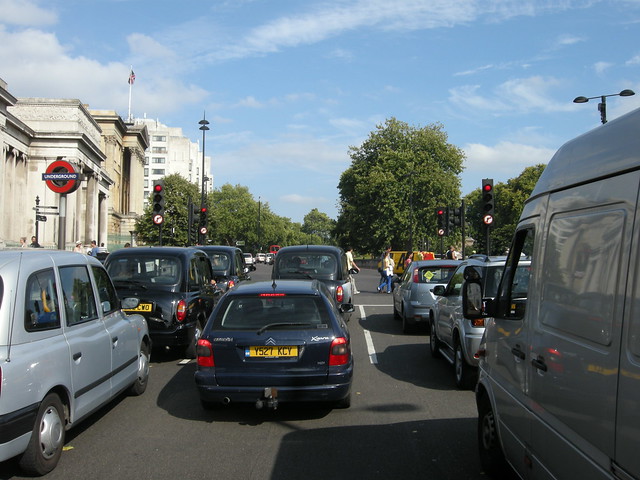 I settled on lane four of six – 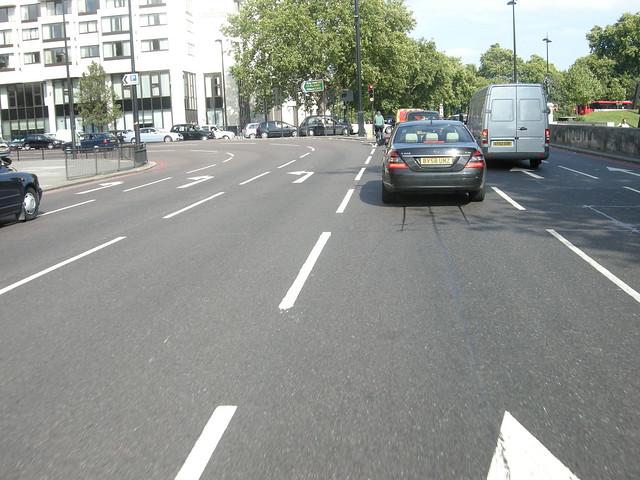 As Mark Ames pointed out on our route across Hyde Park Corner, prior to 1999, this is what any person wishing to use a bicycle in this part of London had to contend with. And to get to Victoria from Knightsbridge, you still do.

This downhill stretch was easy enough for me – I could, just about, keep pace with most of the traffic, which I find is the simplest way of ‘negotiating’ with motor vehicles –  but it is quite obvious to me how this gyratory could be deeply unnerving for anyone not all that keen about cycling on roads in London. And while you might, possibly, be able to convince me that this is a safe environment for cycling, you could not persuade me that it is a pleasant one.

This entry was posted in Cycling Embassy Of Great Britain, Cycling policy, Infrastructure, London, Transport for London. Bookmark the permalink.

2 Responses to The Cycling Embassy is launched