‘There is not the width available’

Posted on March 5, 2012 by aseasyasriding

Like the villain in a bad horror film, the myth that ‘our roads are just too narrow’ for Dutch-style cycling infrastructure refuses to die, despite repeated attempts to kill it off.

Here it is, spawning again.

Having his [Hembrow’s] way is fine but his way is to install Dutch style segregated infrastructure in the UK where there is not the width available to install Dutch style segregated infrastructure. So we get people here like CEGB nailing their colours to his mast and when the planners respond with the inevitable logic of what will actually fit in the width available they accept it rather than have to accept they were wrong to ask for it in the first place. Which is how we end up with http://homepage.ntlworld.com/pete.meg/wcc/facility-of-the-month/

Every single one of these claims is bollocks, of course, and I won’t waste my time our yours responding to them in much detail, beyond firstly drawing your attention to the current Facility of the Month – the type of facility it is claimed we ‘end up with’ if we attempt to follow the heathen path of the Dutch, here in the UK, and the one you will see if you click the link in the quoted passage.

Quite obviously a desperately narrow road, with no width available for Dutch-style segregated infrastructure, on which a poor, tormented planner has, against his better judgement, been forced to paint some ‘Dutch-style’ infrastructure on the pavement, apparently at the behest of the Cycling Embassy of Great Britain. I blame that David Hembrow.

And secondly, showing you some pictures of some distributor roads from the UK town of Horsham. 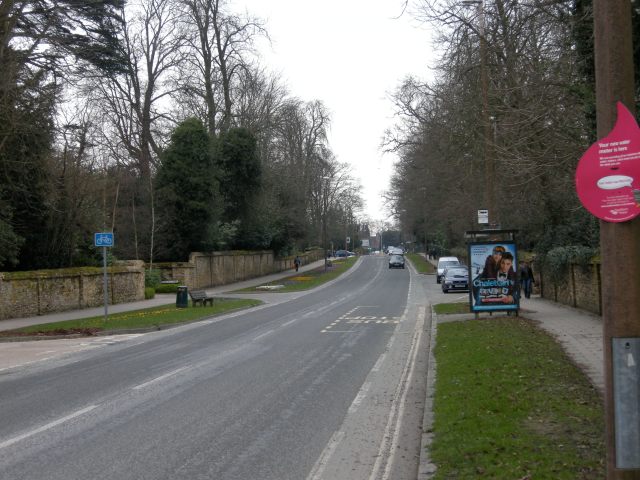 A good number of our roads and streets are genuinely narrow, of course – too narrow for segregated infrastructure. But just as many streets in Dutch towns and cities are just as narrow, if not narrower. This hasn’t stopped them building infrastructure on the roads that are wide enough, and nor has it stopped them coming up with solutions on their streets that are too narrow.

Measures such as one-way streets for cars, with two-way cycle lanes – 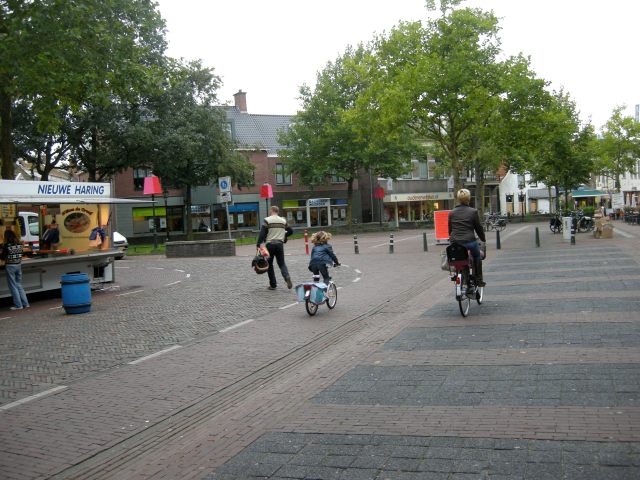 Or indeed roads that are have become cycle paths, in entirety –

Whose streets are ‘too narrow’?

Dutch streets, of all widths, are carefully engineered to ensure a high level of subjective safety for cyclists. The notion that our streets are universally ‘lacking the width’ to do the same is a myth, one which its adherents should, by now, really start to be embarrassed about presenting. I doubt they even believe it themselves.

This entry was posted in Cycling Embassy Of Great Britain, Horsham, Infrastructure, The Netherlands. Bookmark the permalink.

20 Responses to ‘There is not the width available’