Signs of the times

A couple of signs spotted on the Cycling Embassy AGM and field trip in Bristol.

This one, on Gloucester Road, is particularly wonderful, warning, as it does, of a barely visible tree. Watch out! 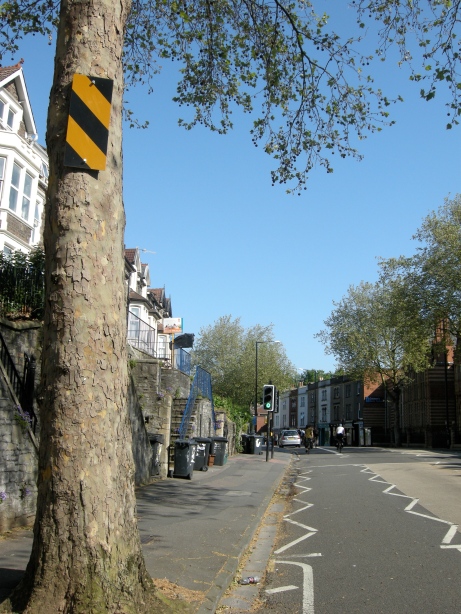 And one in South Gloucestershire –

Note the conjunction of the sign and the painted bicycle symbol on the road. There is, it appears, a construction site at the end of this road, but it’s not at all clear why cyclists should dismount.

These two signs stirred me into digging through my collection of the weird, wonderful and downright impenetrable uses of signage.

In case you were thinking about attempting to drive to the left of this parked van, the sign reminds you to use the road instead. Pedestrians are advised to use the pavement, rather than stepping off the pavement, walking around the van, and returning to it. Clear? 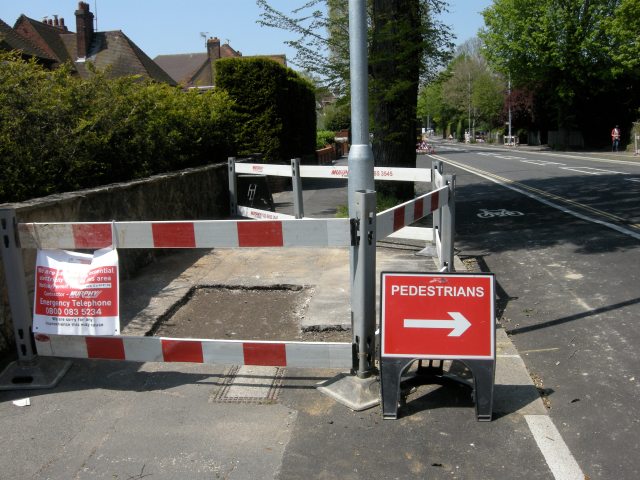 Pedestrians – walk around the barrier, rather than climbing over it.

Pedestrians – walk around the giant metal thing, instead of into it.

Technically correct, but a failure of common sense for an obstruction only a few yards long, on a wide promenade where cyclists and pedestrians are mingling anyway. Note also, in the background, another sign warning pedestrians to walk around an obstruction, rather than into it. 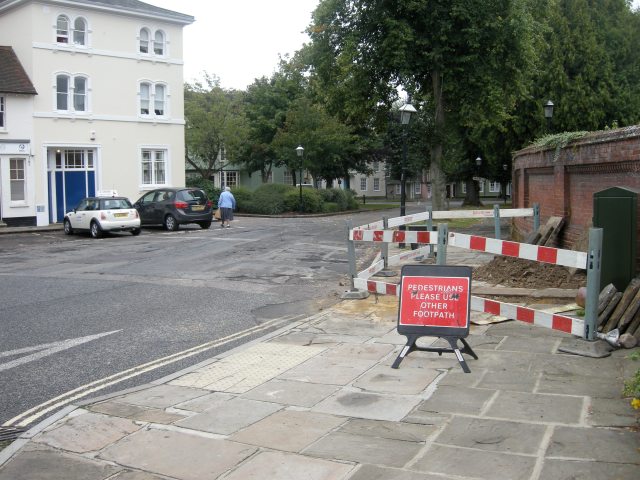 A short section of pavement under repair in Horsham. Could pedestrians perhaps use the road to walk past it, rather than walking all the way across to the other pavement for a few yards, and then returning? No. The road is for cars, even quiet dead-end roads like this one.

‘Crossing not in use’. I’ll admit I crossed the road anyway, particularly as it was closed to through traffic. 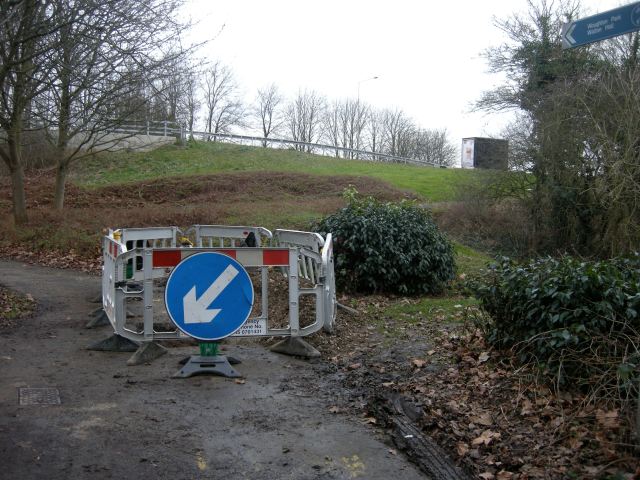 Cyclists and pedestrians – keep left, rather than swerving off into the bushes. Good idea.

Watch out pedestrians! There’s a barely visible lorry doing some roadworks in a pedestrian area.

The absurdity of most of these signs stems from the logic of roads and driving – namely that drivers find it very hard to see anything in their path, and need as much visible warning as possible to alert them to potential ‘hazards’ – being applied to walking and cycling. Pedestrians can quite obviously see things in their way, and move around them, as can cyclists. However, drivers aren’t expected to see things, or to drive appropriately, or to think for themselves. When roadworkers mending pavements stick rigidly to those rules they have been told to use when making repairs on the road, the disparity is evident.

This entry was posted in Signs. Bookmark the permalink.

4 Responses to Signs of the times