Yesterday I cycled over to Merryfield Drive, in the west of Horsham, to take some pictures of the town’s only stretch of segregated cycle track. Here it is, all twenty metres of it.

It’s a slightly confusing arrangement, because as you can just about see, there’s a cycle lane on the other side of the road, that starts by the blue van. This too, like the cycle track, stops just as quickly as it starts. Looking the other way from the photograph above, we see the junction with the Guildford Road –

It’s a mess of a junction, at least for bicycles.

The two-way cycle track on the right here at least has the virtue of allowing cyclists intending to turn right at this junction, and continue along the pavement (which they can, legally), to do so with relative ease. But of course they still have to cross the road to enter it, before the junction. 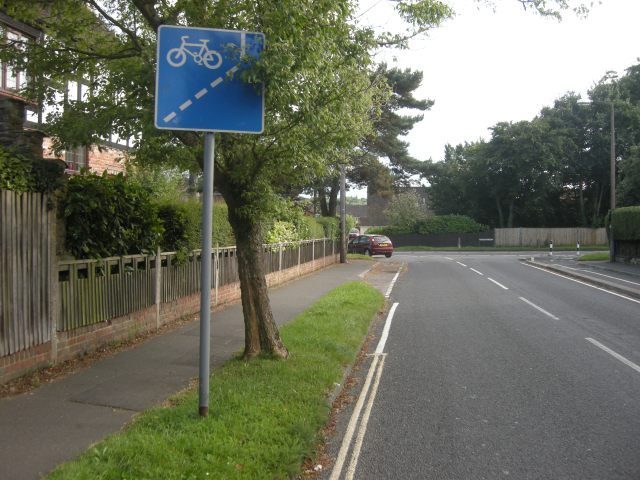 But the slightly shambolic, brief dollop of infrastructure here isn’t the real issue with Merryfield Drive. The real issue is that it’s a residential road that probably shouldn’t be a through-route, and yet it has a 30mph speed limit, is used as a shortcut, and is littered with on-street parking. It’s the marked road that runs through residential west Horsham on the map below, becoming Redford Avenue in its northern half –

A road that, with a little imagination, could be really quite pleasant to cycle on is actually rather hostile.

If you don’t believe me, let me show you some pictures I took in the five minutes I was stood at and around this junction.

You can see a lady cycling north, on opposite pavement. She has ignored the cycle track, with good reason, because it stops after a few yards, and would leave her having to negotiate her way around parked cars with vehicles approaching her fast from behind, and oncoming cars probably unlikely to yield and let her through the gaps between the parked cars. 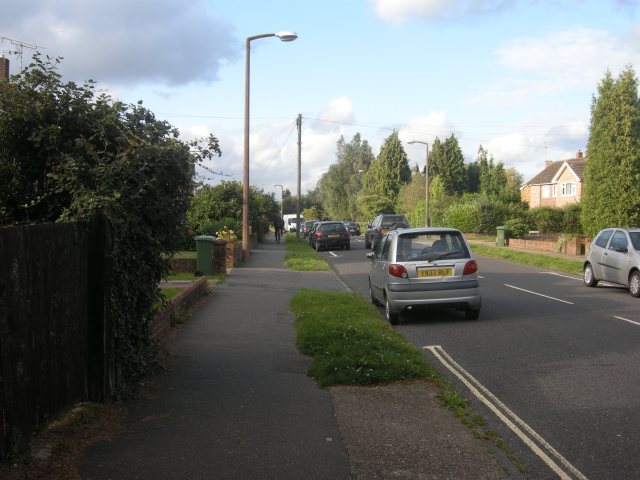 Another cyclist voting with his wheels and choosing to use the pavement, rather than deal with parked cars and fast vehicles attempting to overtake him.

And another. A teenager this time.

And another, a young boy of about ten.

None of these people are anti-social, or yobs. They were not cycling fast, and came past me slowly and respectfully. They were not choosing to ignore the road for any reason other than the fact that to cycle on it is unpleasant and intimidating.

What parent would feel comfortable with their child cycling here, with parked vehicles on both sides of the road, and cars approaching each other at 30mph+?

The contrast with an analogous road in the Netherlands could not be more stark. This is the residential street of Bielerstraat in the similarly-sized settlement of Assen, which serves, just like Merryfield Drive, as a distributor road for several smaller residential streets – 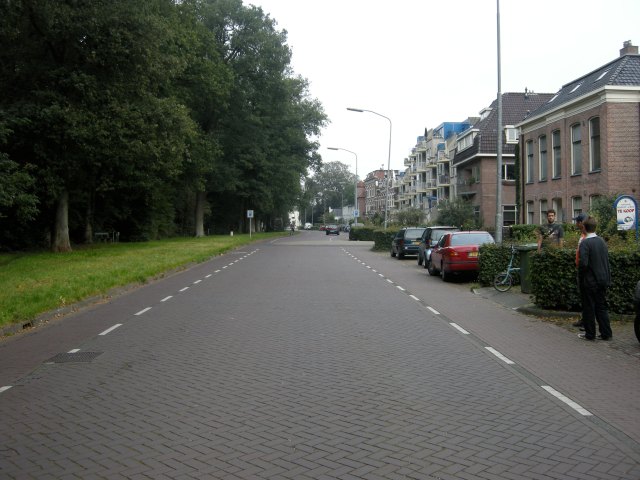 There’s no on-street parking that has to be negotiated around. The speed limit is 30 km/h (around 18 mph). There is no centre line. There are marked cycle lanes of good width, but in my limited experience of this road, cyclists tended not to pay too much attention to them, happily cycling along two- or three-abreast. This was possible because of the calm environment. Unlike Merryfield Drive, Bielerstraat is not a useful cut-through road any more, and motor traffic volume is very low.

Consequently, it’s a residential street on which cyclists of all ages and abilities are happy to ride; it felt safe and inviting. There is no possible reason for riding on the pavement here.

Merryfield Drive, by complete contrast, has plenty of obstructive on-street parking that is entirely legal, despite nearly every single property along it having space for two vehicles on its driveway. 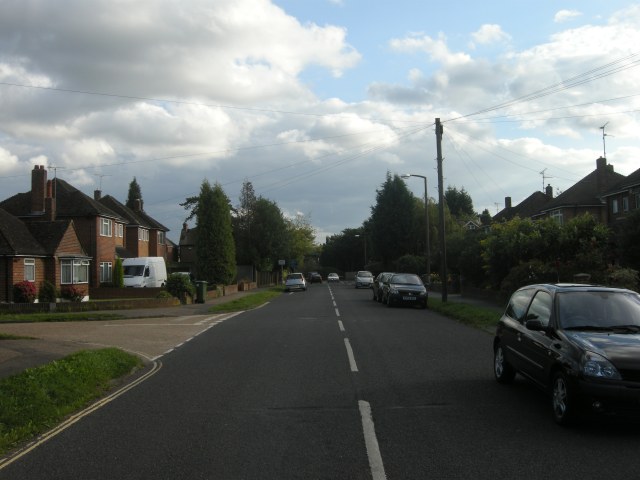 It also has a needlessly high speed limit, no cycle lanes, and no measures to reduce through-traffic. It’s no fun.

The simple truth is that the convenience of motoring has been placed far and above measures that would improve the street environment for cycling. When a road has, intentionally or otherwise, been made hostile for cycling, we shouldn’t be surprised when people choose to avoid it on bikes, and seek out the calmest conditions for cycling, even if that happens to be the pavement. As Mikael Colville-Andersen of Copenhagenize said recently –

Make Merryfield Drive a pleasant place to cycle, and the problem of ‘anti-social’ cycling will disappear.