Over the last few years it has seemed (to me at least) that the notion of a ‘critical mass’ of riders being a key plank of cycling policy has lost its credibility. The idea of ‘safety coming from numbers’ has, quite correctly, been replaced by a more mature understanding that numbers should – and indeed have to – come from safety, and from feelings of safety.

To that extent I was quite baffled by the comments that the Labour Transport Secretary Mary Creagh came out with at the meeting yesterday in the House of Lords, to launch Bike Week.

It was a speech that could have been written five years ago, with claims that the debate about segregation is still ongoing, and an argument that cycling infrastructure can’t accommodate demand for cycling, so we shouldn’t have it. She pointed specifically to the cycle tracks along Tavistock Place as being oversubscribed, and unable to cope with the numbers of people cycling on it, as a reason why cycle tracks are bad.

To me, this missed the point spectacularly. The demand for these tracks – widely acknowledged as substandard, ever since their compromised construction – demonstrates that the principle of separation from traffic is popular.

Popular, despite the low quality

That’s not an argument for removing cycle tracks and simply mixing people with motor traffic. It’s an argument for either improving the standards of poor cycle tracks so they can cope with demand, or for separating cycling from motor traffic in other ways – through measures such as filtered permeability, both of which are potential solutions for this route through Camden.

Firstly, this begs the question of how she imagines Dutch cities – which have cycling levels ten times higher than London, a genuine ‘critical mass’ – manage to function. Do they simply mix people with motor traffic? Absolutely not. On main roads they separate, employing the measures that Mary Creagh seems to think can’t cope with demand.

Secondly, the very notion of a ‘critical mass’ on London’s roads is deeply questionable. I suspect it is easy for MPs to convince themselves such a thing exists when they have been on a large group ride, with a police escort, through central London at rush hour. It feels as if there are lots of people cycling, and indeed this is genuinely true for many roads in central London, at rush hour.

But this phenomenon is very localised, both temporally and spatially. Spatially, it is limited to central London. There is no critical mass, at all, in vast swathes of London. Cycling is essentially non-existent in many boroughs. And just as importantly, the ‘critical mass’ is limited to a short period of the day. Outside of rush hour, cycling returns to being non-existent in central London.

Just after we had finished listening to Mary Creagh, @lofidelityjim and I pedalled from the Houses of Parliament to Kings Cross. I didn’t keep an exact count, but it’s safe to say we saw no more than a dozen people cycling on this four mile trip. 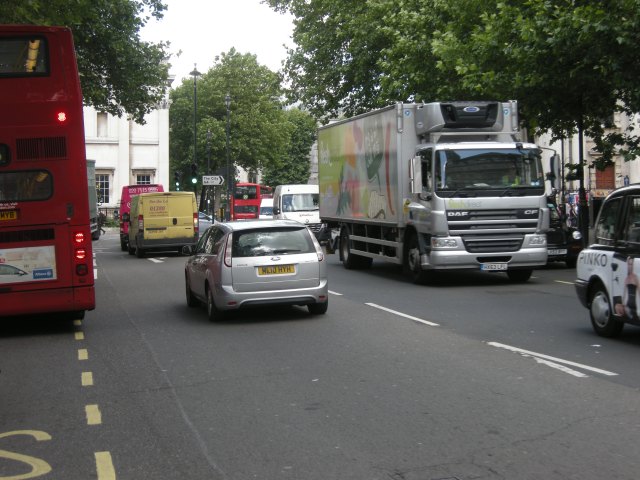 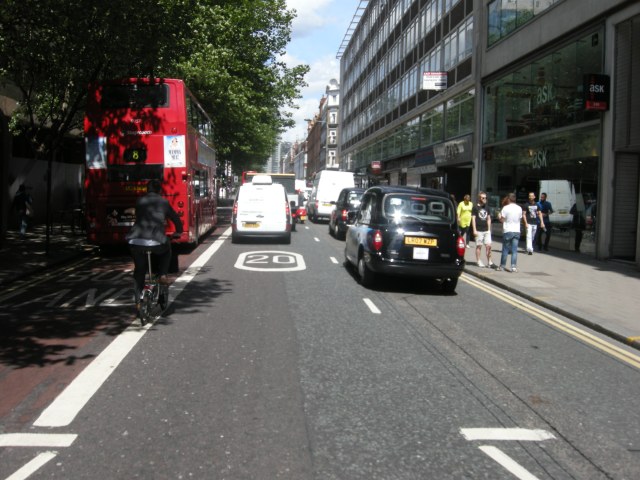 Where is the ‘critical mass’ of riders in these photographs?

I then had to head off to Farringdon area, visiting Old Street along the way. Again, cycling is non-existent here in the middle of the day, on routes that are informally famed for the high levels of cycling on them at peak times.

A ‘critical mass’ isn’t an effective way of making cycling more attractive, when its existence is very shaky indeed.

But much more importantly, it’s not even an acceptable way of ‘catering’ for cycling in its own right. When I look at large numbers of people cycling amongst trucks and buses, weaving their way through, or fighting for space, I don’t think to myself that that is a reasonable way forward for cycling. Quite the opposite – I’m horrified that we are essentially forcing people to cycle in this way; refusing to give them safe conditions that prioritise them as a distinct mode of transport, in their own right. This is what happens when you pour lots of people cycling onto busy roads. [Video by CycleGaz].

Whether you have significant numbers of people cycling already, or none at all, it simply won’t do to employ it as a concept, in place of strategic thinking about the quality of the cycling environment. It’s high time it was put out of its misery.