Posted on April 9, 2015 by aseasyasriding

Back in November 2010, a cement mixer crashed through the parapet of a bridge over the (branch) railway line between Guildford and Waterloo, close to Oxshott station in Surrey. The mixer fell onto a passing train. Miraculously, no-one was killed, although several people were injured, including the driver of the mixer, and a person sitting on the train directly under the point of impact, who was seriously injured.

The driver of the cement mixer, Petru Achim, played a large role in this incident. He crashed his lorry into the end of the parapet of the bridge, losing control, and then (in an attempt to avoid oncoming traffic) swerved it through the parapet itself and onto the railway, with serious consequences.

You may or may not be surprised to learn that Achim escaped relatively lightly in court. Charged with driving without due care and attention, he was fined £100, and given five points on his licence.

More significantly, because this crash happened on the railway, the Rail Accident Investigation Branch (RAIB) produced a full report on the incident. The background; how the collision occurred; how it unfolded; how it could be prevented. It’s 36 pages long, and you can read it here.

Perhaps the 2010 Oxshott incident was the closest someone has come to dying on a train since 2007.

It’s well worth reading the RAIB report, which produced five recommendations – two for Surrey County Council, two for the Department for Transport, and one for Network Rail – all with the intention of preventing such an incident ever occurring again.

The recommendations for Surrey County Council were that they should ensure the parapet ends of bridges in the county are visible and well-marked, and that they should review ways of protecting the ends of the parapet of this particular bridge in conjunction with Network Rail, and implement the best method for doing so.

The recommendations for the DfT were to issue guidance to highway authorities on how best to highlight the unprotected ends of bridge parapets, and also

to prepare guidance for highway authorities on identifying local safety hazards at bridges over railways which could be mitigated by measures such as signage, hazard marking, white lining or safety barriers, and include consideration of previous accident history and the causes of those accidents.

Finally, the recommendation for Network Rail was that it should

include, within its annual examination of rail overbridges, the requirement for the structures examiner to identify and record any highway features which may increase the risk to the railway such as absence, obscuration or poor condition of parapet end markers.

… and to improve its ways of reporting these issues to highway authorities.

The tone is neutral, without setting out blame. Essentially the approach is to recognise that human beings are fallible, and will fuck up, and sets out the ways to prevent that fucking up from causing injury or death.

I’m not at all familiar with how the Dutch investigate deaths on their roads, or whether they go into this amount of detail after collisions in an attempt to ensure that type of collision never occurs again, but there is a strong parallel here with the Dutch system of Sustainable Safety.

Since humans make errors and since there is an even higher risk of fatal error being made if traffic rules set for road safety reasons are intentionally violated, it is of great importance that safety nets absorb these errors. Behold the Sustainable Safety approach in a nutshell! A type of approach that, incidentally, has been commonplace in other transport modes for a much longer time under the name of ‘inherently safe’. [my emphasis]

As this passage points out, Sustainable Safety is relatively new – it only started being applied in the Netherlands in 1997, much, much later than the air and rail industry began developing techniques to ensure that failures (either mechanical or human) did not snowball into death or injury – the techniques employed in the RAIB report described here.

It’s so new, in fact, that it obviously has not been applied everywhere in the Netherlands. Their crap, unforgiving road designs are still being removed and updated; their country lanes that carry too much motor traffic are still awaiting a systematic downgrading (or upgrading); bypasses to take through traffic away for the places that people live are still being built;  the process is ongoing.

A crap junction in central Amsterdam

There are five strands to Sustainable Safety, but perhaps the two most important in this context are homogeneity and forgiving environments. 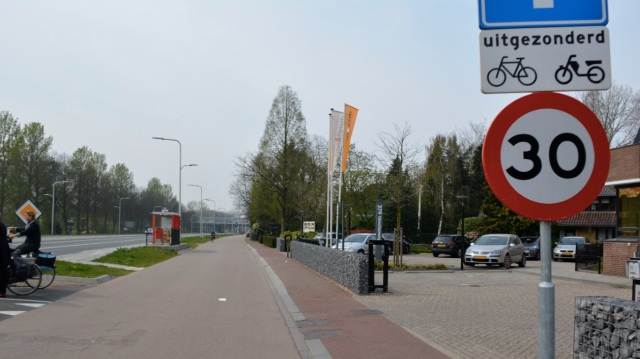 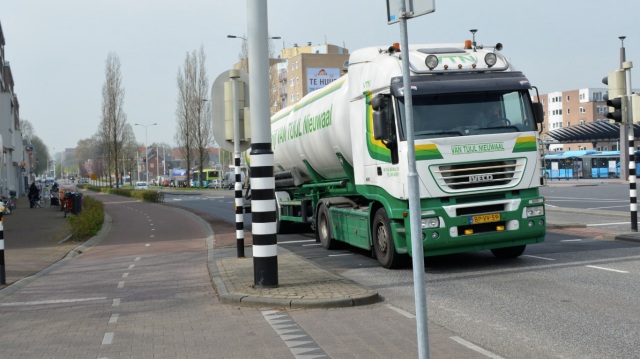 It is – appallingly – pervasive and normal.

The principle of forgiving environments corresponds to the approach to rail safety. It recognises that human beings are fallible, incompetent, or inattentive, and attempts to ensure that the environment people are travelling can cushion those mistakes.

A typical British example of unforgivingness is the failure of a lorry driver to look in his mirror, at a particular moment, as he sets off from some traffic signals, just at the same time as someone cycling travels down a cycle lane on their inside.

A failure to spot someone travelling down the inside of a vehicle at a particular moment, in a mirror, coupled with a failure to appreciate the danger of using a cycle lane, should not result in death or serious injury. This is an unforgiving environment.

By contrast a forgiving environment separates movements, and/or ensures good intervisibility, and time to appreciate what the other party might be doing. It also allows rules to be broken (willingly, or unwittingly) without serious consequences. Because that’s what humans do – we break rules. 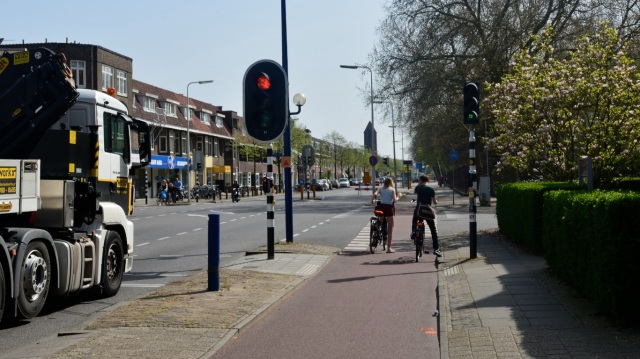 We don’t appear to have anything like Sustainable Safety in Britain. We therefore shouldn’t be surprised that collisions happen, again and again, in the same way, to the same types of people, involving the same kinds of vehicles, even at the same junctions, over and over again, and nothing appears to be learnt.

Over and over again.

Maybe it’s because life is cheap in Britain – but that’s too simplistic. Life is selectively cheap in Britain. As the investigation that features at the start of this post shows, we take life very seriously when it is at risk on the railways, or in the air, and develop rational policies to structurally eliminate deaths and injuries from occurring in the future.

Yet on the roads, that concern for life apparently evaporates. Death and injury almost seems to be taken as an inevitable characteristic of our roads themselves; that they are innately dangerous.

The most telling manifestation of this assumption is the continual grumbling about the lack of personal protective equipment on the part of (a particular) vulnerable road user. 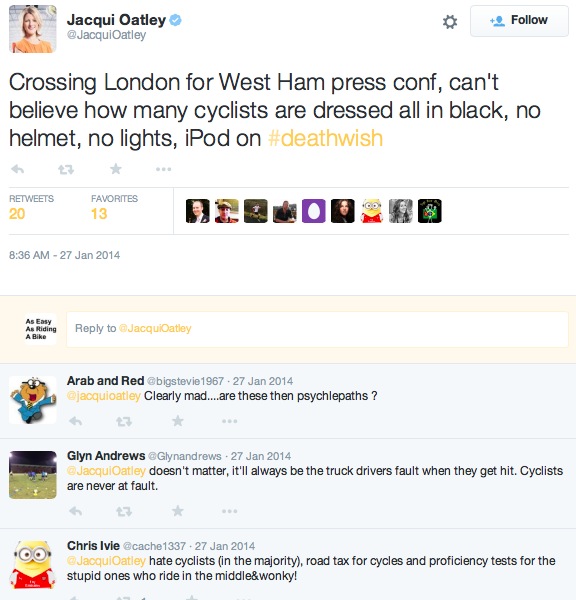 This kind of grumbling goes hand-in-hand with a blinkered view of Britain’s road environment as almost naturally hazardous – that our roads present spontaneous danger, to which the proper response is to don protective equipment before venturing into it, without even questioning the effectiveness of that equipment, or more pertinently whether our public space should even present such danger in the first place.

Other transport systems are designed in such a way that protective equipment is not needed, and make allowances for stupidity, incompetence, or inattention. Yet the British road network remains an inhospitable jungle, where mistakes mean death or serious injury for vulnerable users (and indeed even for those protected within motor vehicles).

The Dutch have appreciated this difference, and moved to put road design and road safety on the same footing as other modes of transport. Why haven’t we?