You may or may not have seen this fascinating graph from the Economist in 1981, shared with me by Graham Smith.

It’s an amazing insight into the way cycling had effectively disappeared as a serious mode of transport for short trips, in the minds of the establishment.

The ‘gap’ between walking and driving for trips of up to 3 miles apparently had to be filled by something – Minitram? with a suggestive question mark – without the apparent realisation that a perfect mode of transport already existed, and had thrived in Britain in the first half of the twentieth century.

We’re stuck with this legacy today, reinforced by a further three decades of failure to establish cycling as that mode of transport for the ‘gap’ between walking and driving. This ‘cycling oversight’ also has implications for the way we expect people to travel around without a car.

Local authorities expect people to walk to bus stops, rather than cycle, and that often means bus routes have to meander to where people live, rather than taking direct routes. Apparently many local authorities have a requirement that bus stops should be within 300m of anyone’s doorstep – that means the competitiveness and directness of the bus itself is sacrificed to accommodate short walking trips to bus stops. 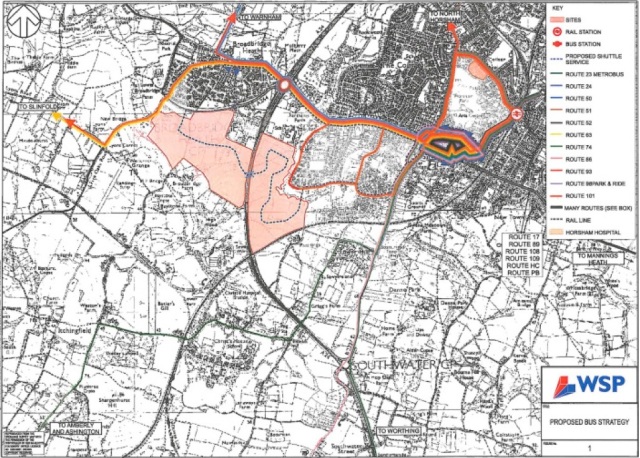 The new development lies in the shaded area. The red and orange lines are the (direct) driving routes for private motor traffic (a massive new junction, and extra lanes, have been added to the bypass, running north-south, that bisects the development). The wibbly-wobbly blue line is, sadly, the bus route, through the development, to the town centre.

Clearly the directness of the bus route has been sacrificed, to bring the bus stops close to all the properties within the new development.

The proposed development to the north of Horsham has a very similar bus route. 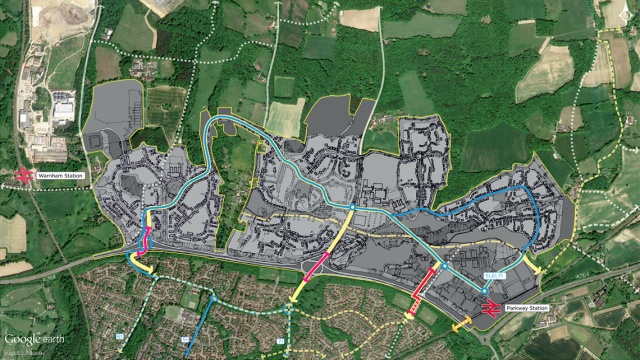 Again, the bus route is a wibbly-wobbly line (running roughly east-west, in blue) skirting all the way through the development, before heading south into the town centre.

Of course this indirectness (and delay in getting to where you actually want to get to on a bus) isn’t the only problem with this kind of ‘doorstep bus route planning’. It also means that buses will often have to fight their way through residential streets that (quite properly) are not designed for through traffic, according to Manual for Streets. We saw an example of this in a new development on the outskirts of Newcastle, on a Cycling Embassy Infrastructure Safari. 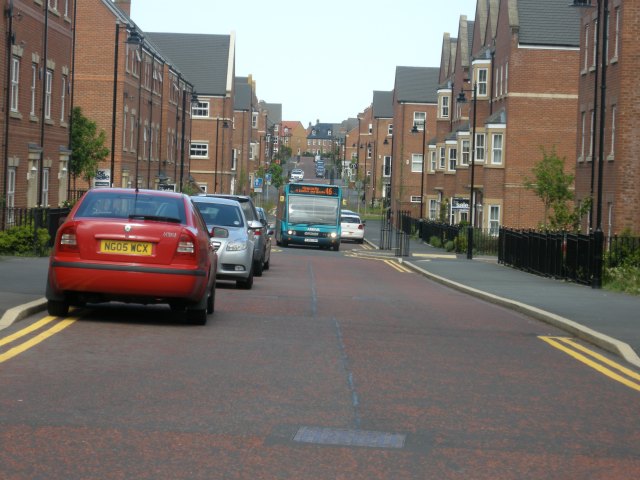 This isn’t really the kind of road a bus route should be running down – it’s narrow, has on-street parking, and pinch points and features designed to slow motor traffic. None of these are intrinsically bad things – indeed, they may be desirable on residential streets – but I don’t think they’re compatible with a bus route.

Having to take buses through residential areas, to pass close to doorsteps, effectively means pushing buses – which should be using through-roads to get from A to B – onto access roads. And this is something that Oxfordshire County Council (among others) are now complaining about.

Street design in new housing estates ‘too restrictive for buses’

Oxfordshire County Council has criticised the street design in some of the county’s recently-built housing estates, saying the main streets are too narrow and low-speed for efficient bus operations.

“The recent design orthodoxy for large residential developments in Oxfordshire has been far too restrictive for bus operation and this restricts the eventual range of bus services that can be operated,” says Oxfordshire.

The council’s comments reflect a concern of bus operators across the country that their needs are not being taken into account in the design of new developments, with designers promoting narrow streets and traffic calming features to reduce the dominance of traffic.

I think this is only half the story – clearly the solution to this problem isn’t to widen residential streets to accommodate bus flow, but instead to ensure that bus routes are run on (properly designed) through-roads, away from residential areas. Bus routes simply shouldn’t be running through access roads.

The story is very different in new Dutch developments – the buses run on the main roads that skirt the development, designed to take buses and through-traffic – with people cycling to the stops from within that development. 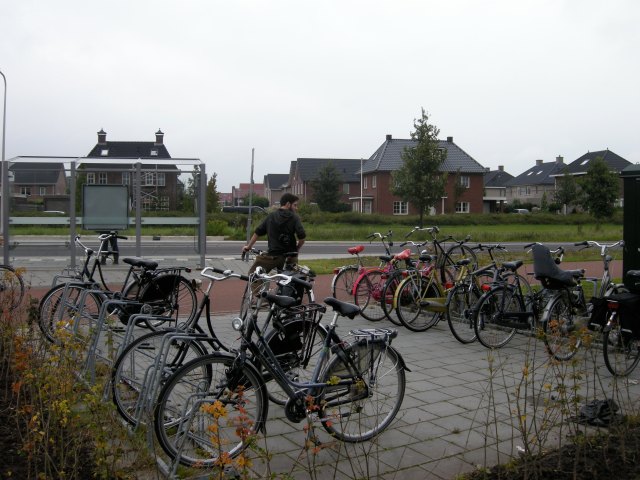 This means that residential areas only need to accommodate access traffic, and can be designed to slow it, without having to worry about how easy it is for buses to pass through efficiently. Because buses don’t pass along these streets. 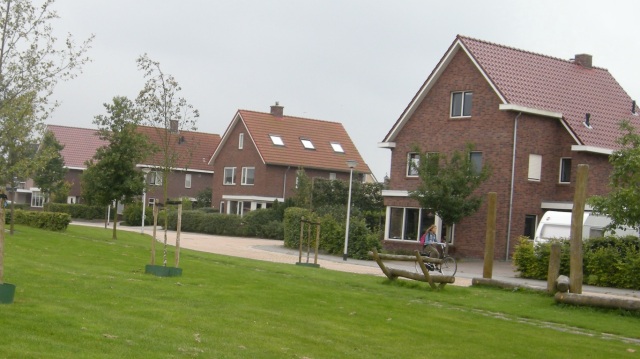 And it also means that – unlike the ludicrous bus routes being proposed in Horsham – the bus is a fast, direct and attractive alternative to driving.

Of course, this does involve the use of a mode of transport that fills ‘the gap’ between walking and taking the bus – one that allows people to travel distances of around 1-2 miles with ease, and allows bus stops to be retained on the direct routes for the bus. 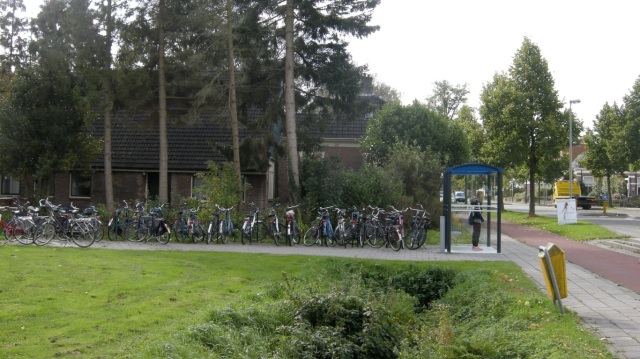 Taking cycling seriously as a mode of transport would mean that buses would work much more effectively, and be much more competitive with driving – and would also keep buses out of residential streets that are (correctly) not designed to accommodate them.

24 Responses to The gap