Posted on January 20, 2015 by aseasyasriding

Labour’s Shadow Transport Secretary, iniichael Dugher, gave an interview with the Mirror in December, which attracted a fair bit of attention, principally because it resembles a transparent attempt to court the ‘motorist vote’ (whatever that may be) – presenting Labour as being on the side of ‘the motorist’. It included all the usual antique soundbites – ‘cash cows’, ‘war on the motorist’, and so on – as well as the miserably unambitious suggestion

If car drivers switched just one car journey a month

Switched not to walking or cycling, but to buses or coaches. Walking and cycling were entirely absent in this interview, as Caroline Russell pointed out in this excellent response piece.

But there was one detail in the Mirror interview with Dugher that I confess I missed when it first appeared, and I’m grateful to Katja Leyendecker for pointing it out. Dugher argued –

When people demonise the motorist it’s ­offensive. Look at the huge increase in women drivers. That’s been a great thing. It’s about women’s independence and it’s about safety. Often women choose to drive when it’s dark because they feel safer.”

Now it is true that many women will opt for the car to make trips when it is dark, because they feel safer within a motor vehicle, than outside it. (Indeed, I suspect this is true for a number of men too).

But absent from this analysis is the role of government in designing, building, maintaining (and policing) environments in which people feel safe when they travel. The role of ministers (and potential ministers) like Michael Dugher. I don’t think it’s a ‘great thing’ that women who may not even want to drive are forced to do so because the streets on which they should be able to walk or cycle are socially unsafe. In fact I think that’s a pretty appalling thing.

To take an example, is it a surprise that many women might drive to and from Dorking railway station, when the pedestrian underpass beneath the A24 – connecting the station to the town – looks like this? 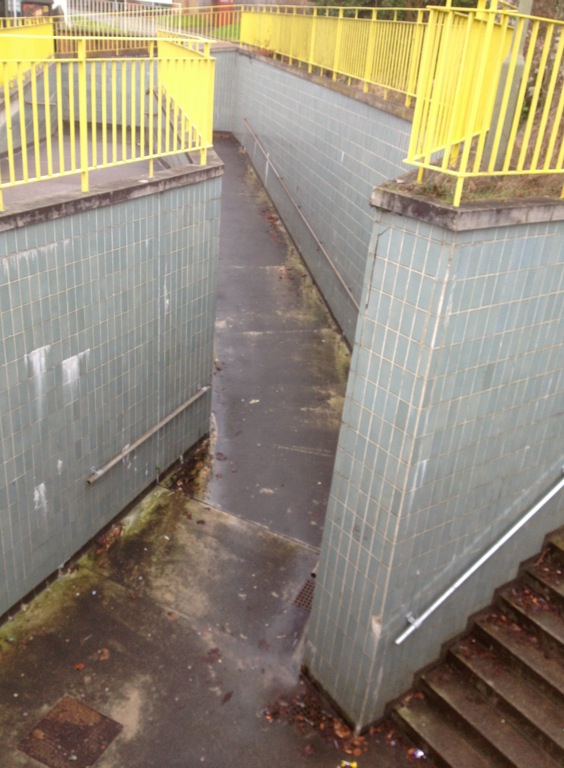 I wouldn’t go in there at night.

Is it a surprise that people might not want to cycle or walk through badly-designed underpasses like this one in Stevenage?

I’m sure there are countless examples across the towns and cities of Britain of walking and cycling routes like this – poorly-designed, barely used, not overlooked, and frankly scary. Not to mention the standard stingy walking paths between British housing developments, that almost seem an invitation to a mugging. 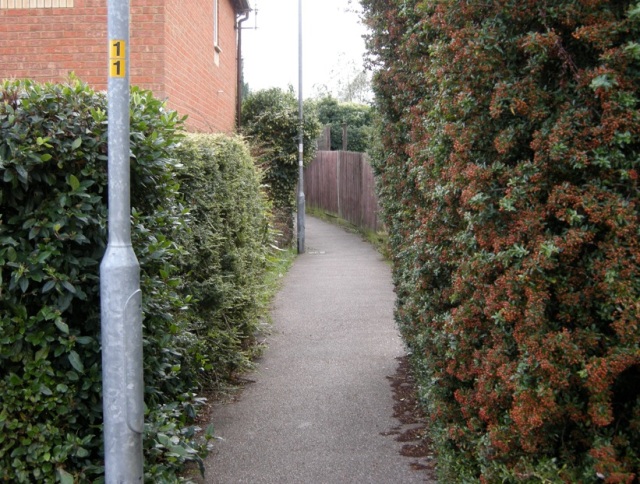 If people feel the need to drive because they don’t feel socially safe walking and cycling, that is a very bad thing, and certainly not something to be welcomed, especially by the people who should be taking responsibility for addressing those issues. The social safety of the environments we walk and cycle in – how safe they feel to us is the responsibility of councils and government.

Social safety is recognised in the Netherlands as being an important element of whether or not people choose to walk or cycle, as this excellent post from David Hembrow explains.

So the walking and cycling environment in the Netherlands is designed to feel safe. ‘Attractiveness’ – which covers social safety – is one of the five main elements considered in designing cycling infrastructure. That means that cycling infrastructure is built to a high standard, to ensure that wherever people are walking and cycling about, they feel safe, regardless of the context.

That means underpasses that are open and wide. 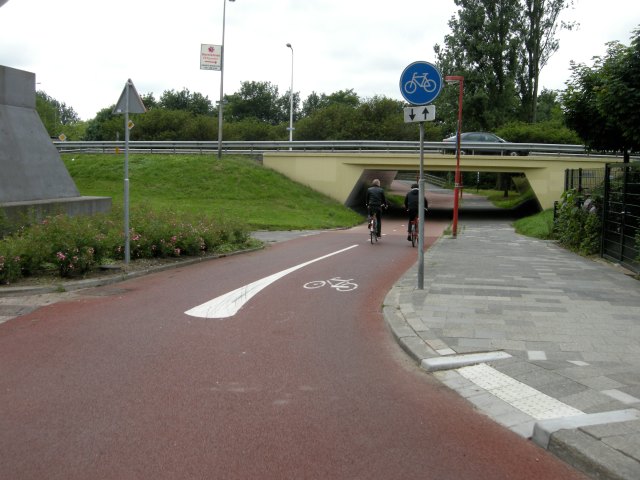 It also means that cycle routes should be well-lit, overlooked and (perhaps most importantly) good enough to be used in sufficiently high numbers. 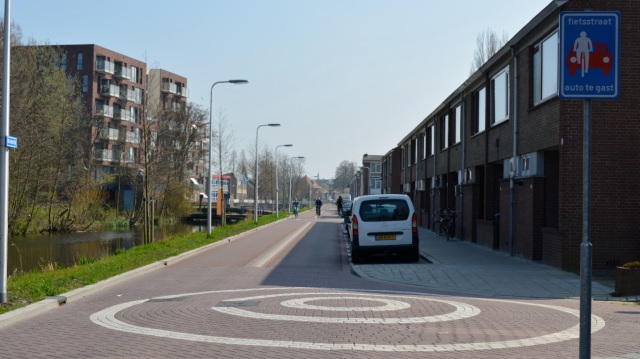 If there are issues of social safety at night, enough to force people into driving cars for short trips, is that really something to be welcomed?

I’d like to think our Secretary of State for Transport would take action to address the root cause of the problem, not applaud people having to resort to a mode of transport that will often make absolutely no sense in urban areas, in order to ensure their own safety.