Habitual cyclists are no doubt all too familiar with pinch points, those narrowings of the carriageways where it would be impossible, or unsafe, for a bicycle and a vehicle to pass side by side. They necessitate assertive road positioning to discourage unwise overtaking- or, failing that, sensible driving.

In many cases, these pinch points are of the form shown in the picture above – a pedestrian ‘refuge’, created in the middle of the carriageway, either fenced or unfenced. 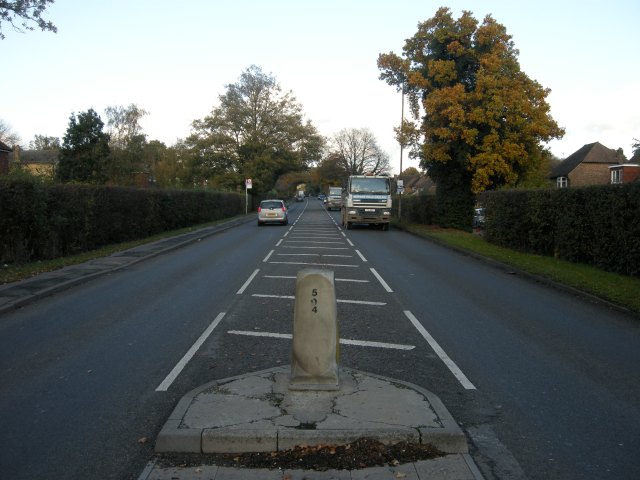 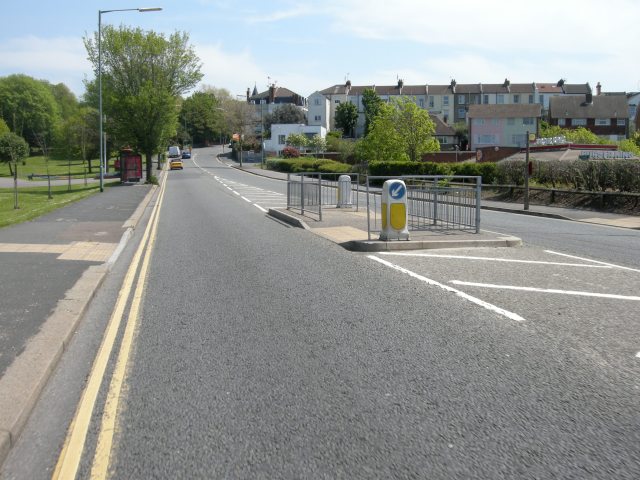 A better solution, both for pedestrians and for cyclists, would be to replace these ‘refuges’ with zebra crossings, which would eliminate the narrowing conflicts that cyclists have to endure, and make crossing the road much easier for pedestrians – they would have immediate priority over vehicles, without having to wait to cross the road in two stages.

Pinch points of this form represent a half-hearted attempt to make things a bit easier for pedestrians; their half-heartedness stemming from a reluctance to impede the flow of ‘traffic’, something that a zebra crossing would do. They are a particularly thoughtless intervention when it comes to the safe passage of bicycles, however.

In towns and cities, zebras only realistically delay the arrival time of a vehicle at the next queue. I am therefore unconvinced that zebras, in much greater preponderance, would do anything to increase journey times for motor vehicles. Given this lack of extra overall delay, the large numbers of people making journeys on foot in towns and cities – the forgotten mode of transport – surely makes the case for the replacement of these ugly islands with a design that favours both cyclists and pedestrians unanswerable.

In the Netherlands, zebra crossings across the carriageway often resemble pinch points – 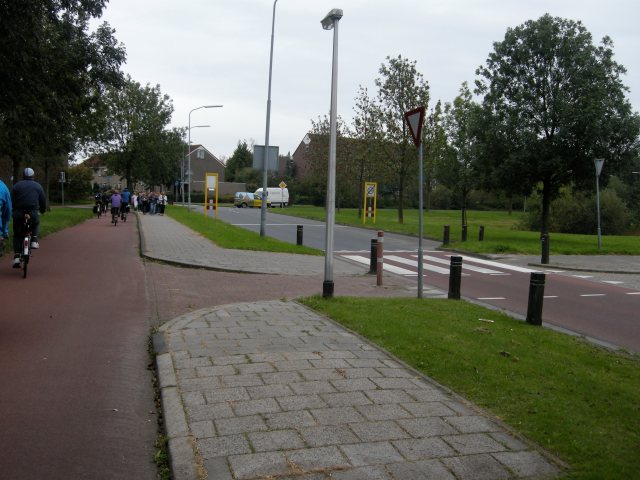 but this doesn’t really matter when cyclists aren’t in a position to be ‘pinched’, travelling as they are on the wide adjacent cycle track. In this particular example, a two-way street for vehicles is deliberately narrowed, at the zebra crossing, to calm vehicles. This also makes the street easier to cross.

Unlike in the UK, this doesn’t represent a ‘negotiation’ problem for cyclists.

Zebra crossings can also extend across the cycle track to give pedestrians explicit priority.

Where on-carriageway cycle lanes run past islands, again we see that there is no such thing as a pinch point. Widths are carefully maintained.

These basic design principles – eliminating conflict between bicycles and vehicles – have, shamefully, been completely ignored in the UK, meaning that an average urban trip by bicycle here requires constant vigilance and alertness to hazards needlessly posed by the environment.