Posted on October 5, 2016 by aseasyasriding

This tweet from Thames Valley Police in Windsor has attracted a fair amount of derision.

Principally because what the police are ‘enforcing’ is, well, unenforceable – it’s simply an advisory dismount sign, rather than an actual restriction – but also because it’s not a particularly sensible use of resources. Lots of people complaining about something will obviously not necessarily equate to something that is an objectively high priority in terms of keeping people safe.

But the context of this ‘dismount’ sign is revealing (and thanks to @ChrisC_CFC for spotting the location). It’s Maidenhead Road in Windsor. What is immediately apparent is that all the footways along this road are shared use. The footway on the approach to the barrier where the policeman is standing is shared use – 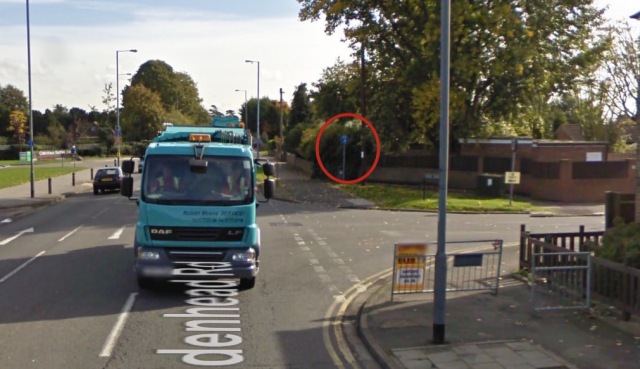 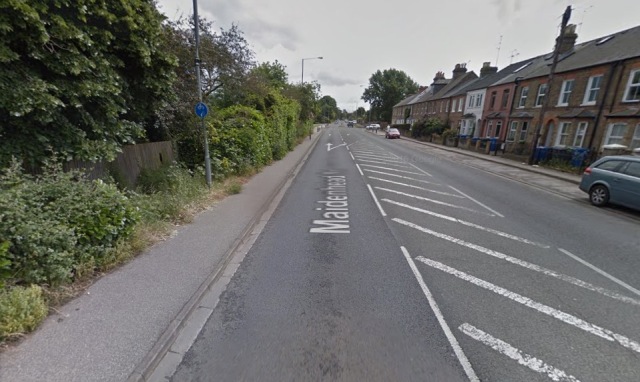 … And, as far as I can tell, the footway between the barriers is also shared use, despite the signs advising people to dismount.

So, as usual, the picture is one of inconsistency. Councils are happy to lump cycling onto the pavement with pedestrians where they can get away with it – it’s a nice easy option that doesn’t involve making difficult choices about allocation of urban space. But of course that decision will also bring people walking and cycling into conflict with one another, particularly in busier locations.

The ‘solution’ here in Windsor seems to have been to put up some barriers and an advisory sign in the hope that people will get off and walk for two hundred metres. Obviously people won’t do that – why would they, when they have been legally cycling on footways either side – so naturally the police have been called out to  ‘advise’ people to dismount.

All in all, it’s pretty dismal. If you push people walking and cycling into the same relatively small portion of urban space, you shouldn’t be surprised when conflict arises; nor should you be surprised that people are unwilling to choose to dismount on one section of footway when you have legalised it on other sections.

The responsibility for all these problems lies with the council. Looking at the photos of the road above, there really is an enormous amount of roadspace here that could be repurposed, if we were actually serious about prioritising walking and cycling, and reducing conflict between the two modes on a permanent basis.

It wouldn’t even have to be particularly expensive. The central hatching could be removed, the parking bays moved out by an equivalent distance, and – hey presto – a parking-protected cycle lane, separate from the footway, would spring into existence.

This entry was posted in Infrastructure, Pavement cycling, Police. Bookmark the permalink.

15 Responses to Problem with ‘pavement cycling’? Blame the council